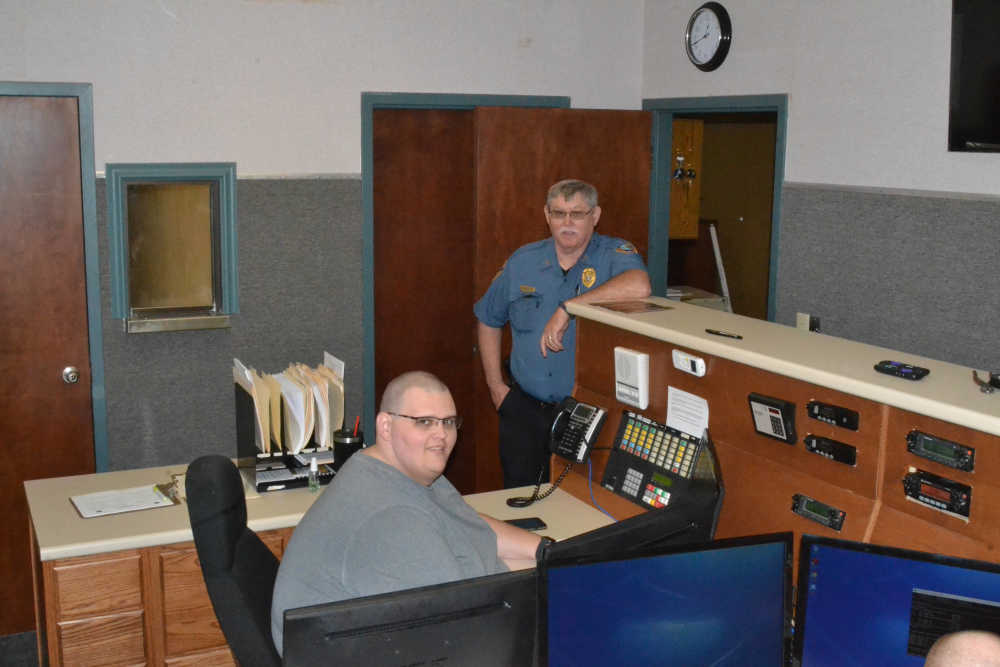 Police chief Mark Rodgers and dispatcher Shane Lindsey (seated) pause in the dispatch room at the new Doniphan Police Department headquarters in the former U.S. Bank building on North Grand Street. Wednesday was moving day for the PD, which had been in temporary quarters since the historic May 2017 flood destroyed the old city hall.
Ron Smith

After three long years in a makeshift one-room office, the Doniphan City Police Department completed the long-awaited move Wednesday, May 13, to the new city hall at 108-110 North Grand Street across from Heritage Park (formerly U.S. Bank.)

The police department had been in temporary quarters since the May 2017 flood destroyed the old city hall on Jefferson Street. City officials are hopeful of completing the move of the remaining city offices into the new building before the end of May. Local historians are quick to note the new city headquarters is directly across the street from the north end of the park triangle where Doniphan city hall stood during most of the 1900s.

Comments
View 1 comment
Note: The nature of the Internet makes it impractical for our staff to review every comment. Please note that those who post comments on this website may do so using a screen name, which may or may not reflect a website user's actual name. Readers should be careful not to assign comments to real people who may have names similar to screen names. Refrain from obscenity in your comments, and to keep discussions civil, don't say anything in a way your grandmother would be ashamed to read.
Respond to this story