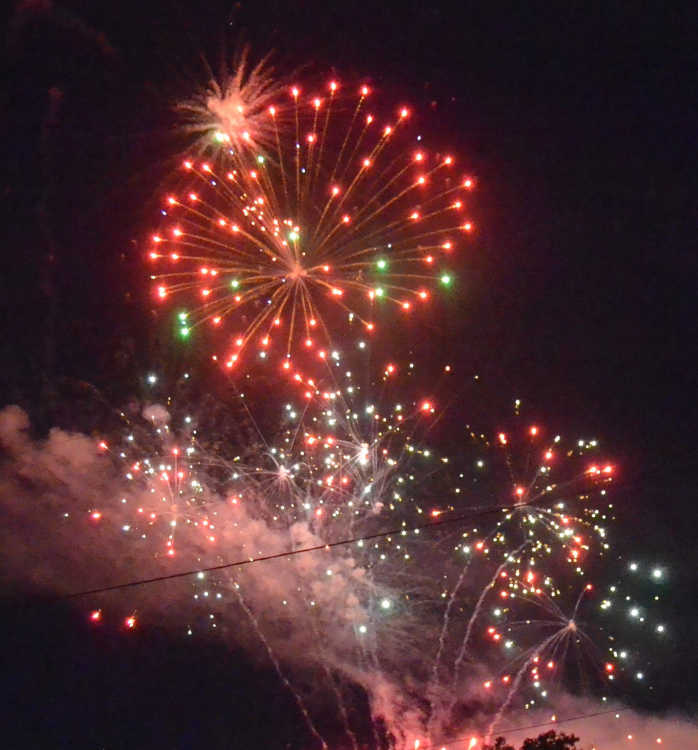 A free fireworks show near the river Saturday night will cap two nights of festive events starting this evening (Friday) in Downtown Doniphan.

The fireworks show will be based at Rocky River Resort and is expected to start around 9:30 p.m. Prime viewing spots will be Riverfront Park and areas west of the courthouse.

Tonight (Friday evening), Cruisin’ The Park will bring pre-1980 vehicles to Heritage Park. Car owners will meet starting at 6 p.m. at Super Town & Country with the cruise downtown starting around 7. Concessions will be availble from Doniphan For Football Inc.

Saturday, the first ‘Bike Night’ of the season is set for Heritage Park. Bikers are asked to meet starting at 5 p.m. at Super Town & Country for the cruise downtown.

Music at the park gazebo will be provided by Aaron Donnell and concessions will be available from Doniphan For Football Inc.

Meanwhile down the block at the Courthouse Square, Pickin’ On The Square will present its Independence Day show featuring live music starting at 5 p.m. Saturday.

Mi Casa Mexican Restaurant will be selling food and beverages on the square.

Political candidates for county offices plus state house and state senate races have been invited to put up booths at the courthouse on Saturday evening.