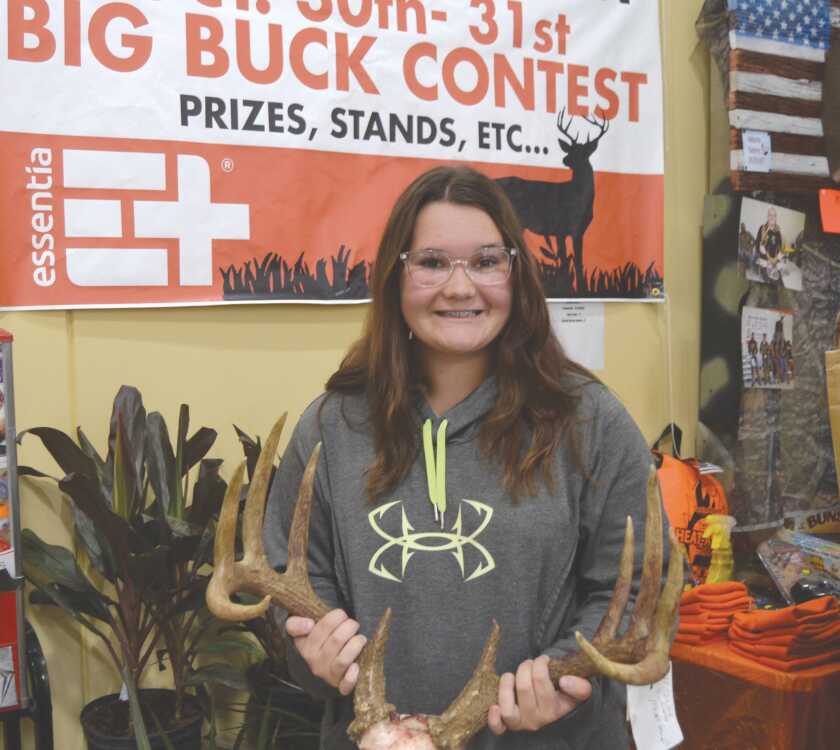 The number of hunters appeared to be down locally with 44 entering the Youth Big Buck Contest hosted by Warren Bland at Harp’s Foods in Doniphan. The number of entries was about half from previous years.

Overall, Ripley County slipped to 18th in the state for the number of deer checked during the early special hunt for youth.

While the number of contest entries was down, the 13 bucks brought in to be scored on Sunday night included nine that were eight-point or better.

Tori Moreland, a Doniphan Middle School eighth-grader, defeated a field that included 11 boys to make it two years in a row for the girls.

Tori’s 10-point buck scored 146-4/8 on the Buckmaster scale. She brought down the deer about 4:35 p.m. Saturday while hunting with her father, Ken Moreland. 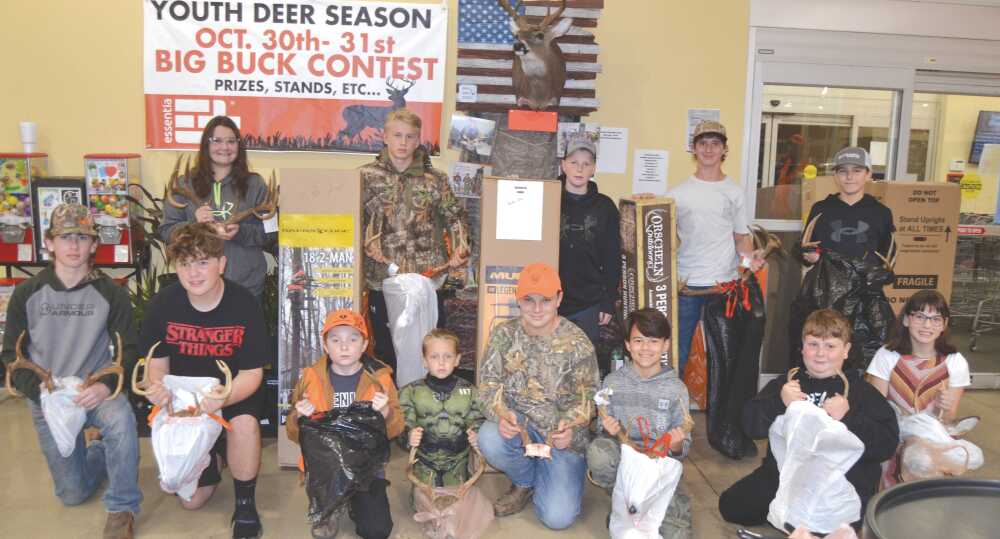 It wasn’t her first deer but definitely was the biggest, she said. It was her first year to enter the contest.

Grand prize for the winner was a gift certificate to Harp’s Sporting Goods in Alton, Mo.

Scoring the antlers was James Bland.

Those who did not fill a tag during the youth hunt may enter the contest for the regular fall firearms season to be held Nov. 13-23.

This was the 18th year for the youth contest.