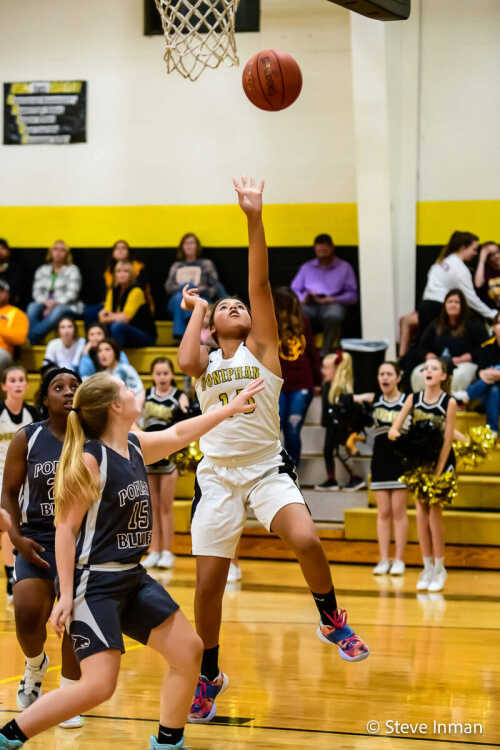 Doniphan and Neelyville will play Friday evening for the championship of the Doniphan Donettes Invitational Basketball Tournament.

The eighth-grade Donettes (12-0) advanced to the finals Tuesday with a 38-8 win over Poplar Bluff.

Neelyville (12-1) handed the Donettes seventh-graders their first loss 40-24 in the other semifinal game.

Doniphan’s seventh-graders (9-1) will play the Poplar Bluff eighth-grade for third place at 5 p.m. Friday. The championship game is set for 6:15 p.m.

In a game played Oct. 28, the eighth-grade Donettes edged Neelyville 38-36.