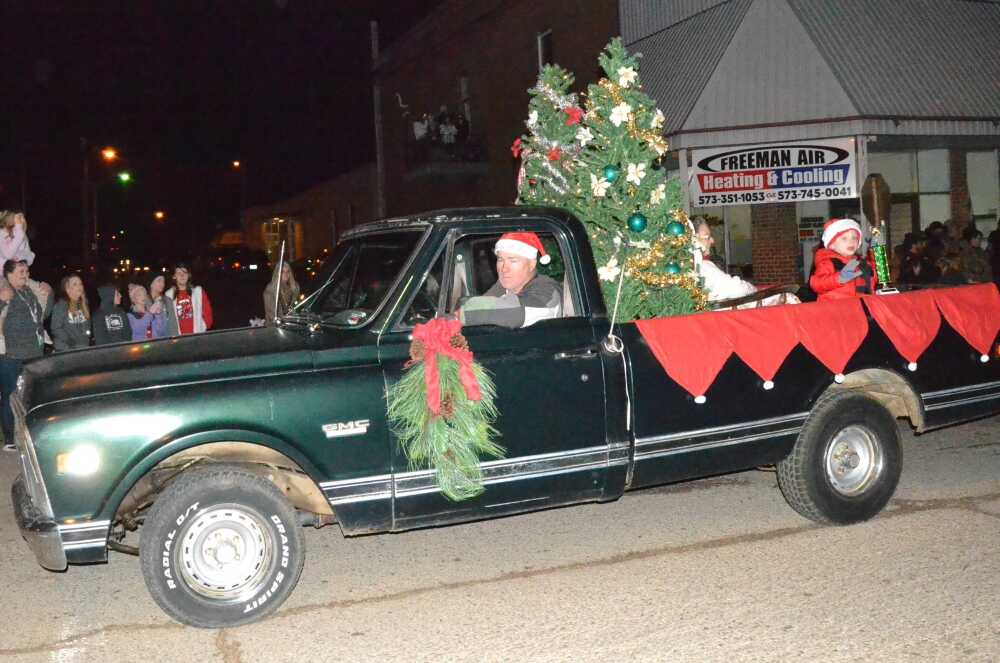 All it takes is a little imagination to put together a first-class entry in the lighted Christmas parade.
Ron Smith

The parade is set to begin at 6 p.m. and will follow the traditional route from Walnut Street to downtown.

The parade lineup starts at 5 p.m. on West Highway Street. Entries are asked to have a minimum 100 lights and no Santas. The “official” Santa will be escorted at the end of the parade and will then take photos with the children in Heritage Park. Since this is after dark, no throwing candy from floats, but candy can be handed out by those walking the parade route.

Ozark Threads of Hope, a children’s charity, will be serving a Mexican dinner from 12-8:30 p.m. Dec. 4 along with live music and Santa at the DNAP Community Center.