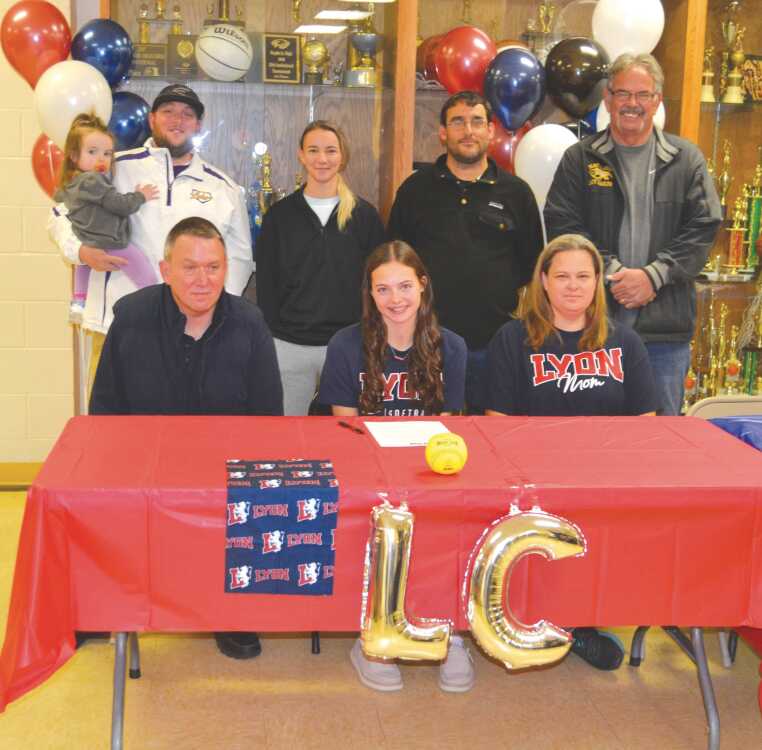 “Everyone knows she is really fast but she also has a lot better throwing arm than most people believe,” said Naylor head softball coach Logan Foster. “She must have thrown out seven or eight base runners last fall.”

There isn’t much Mitchell didn’t do in four seasons on the softball field for the Naylor Lady Eagles. Next year, she will take her considerable talents to Lyon College at Batesville, Ark.

Mitchell said she picked Lyon College because it’s a smaller school - just like her high school. Her eventual career goal is to become a pharmacist.

Mitchell was a first-team all-state outfielder this past season while helping her team to a 13-13 record. In the field, she made just one error and carried a batting average of over .500.

Mitchell said she most likely will remain an outfielder at the college level.

“Her speed enables her to do a whole bunch of things very well. She’s top notch,” Foster said.

Lyon College - known as the Scots - competes on the NAIA level primarily in the America Midwest Conference with several colleges from Missouri.