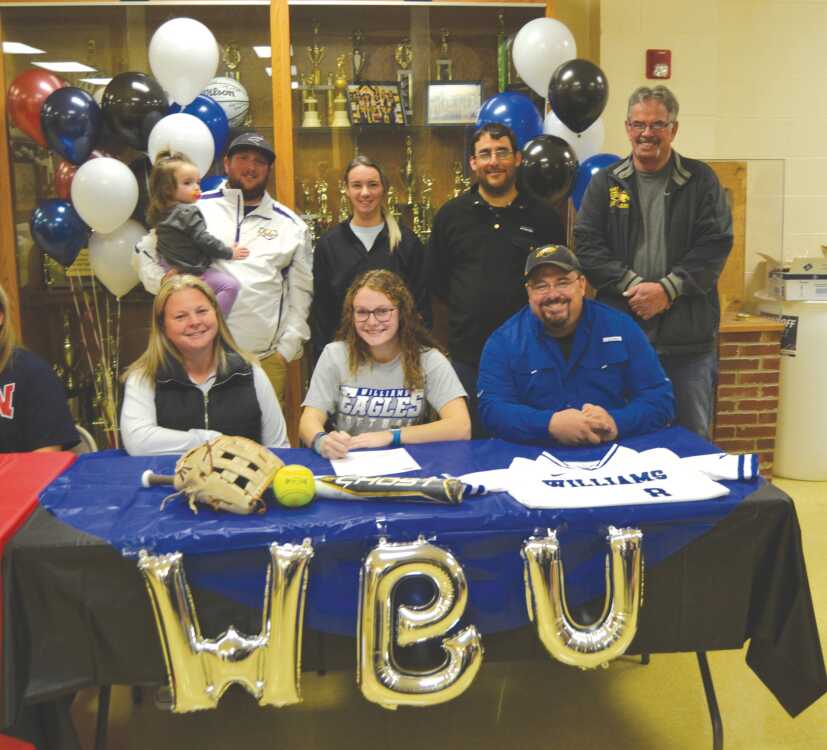 Lead-off hitters are supposed to make things happen. In four years of filling that role for the Naylor Lady Eagles, Lyndsea Moore did it very well.

Well enough that she’ll get a chance to do it at the college level next year with William Baptist University at Walnut Ridge, Ark.

“It’s a smaller campus so coming from Naylor it’s a good fit for me and I didn’t want to go super far away from home,” said Moore.

“Lyndsea is fast and she bunts,” said Naylor coach Logan Foster. “She’s a slap hitter from the left side. Wherever they put her, she’s going to play very well.”

An all-region infielder for the Lady Eagles, Moore stole more than 40 bases while helping her team to a 13-13 season as a senior.

Moore said she doesn’t mind if she plays a utility role in college.

“Basically I can play anywhere except pitcher, catcher and first base,” she said.

Moore said she knew quickly that Williams Baptist would be a good fit.

“It being a Christian college means a lot to me,” Moore said. “(Head coach Jessica) Nutt and I bonded the second we met.”

Williams Baptist - known as the Eagles - competes on the NAIA level primarily in the America Midwest Conference including Lyon College - where Naylor classmate Whitney Mitchell has signed to play next season.