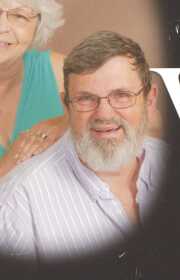 Steve Alan Anderson, 69, of Poynor, departed this life Friday, Dec. 31, 2021, in the Current River Nursing Center. He was born Nov. 4, 1952, in Doniphan to the late Leo and Stella Elizabeth (Knoblock) Anderson.

Steve served in the U.S. Navy during the Vietnam War. He was a handyman and a farmer. People said he could fix anything and he almost could. He was a member of the Doniphan First Church of God and faithfully attended until he became ill. He loved his children and grandchildren. He also loved animals, especially his little dog Millie.

A graveside service was held at 2 p.m. Friday, Jan. 7, at Sugar Tree Cemetery in Poynor.