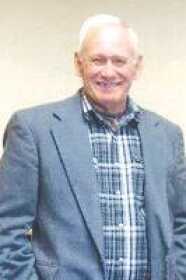 Bryan loved the outdoors. He was an avid turkey hunter and enjoyed being on the river. Bryan worked cattle and was a carpenter. He attended Faith Life Christian Church and was in the National Guard.

Bryan was preceded in death by a sister, Gwendolyn Leroux; brothers, Eric, Jimmy, and Russell Leroux; and a granddaughter, Rebecca Dugger.

Services were held at 11 a.m. Friday, Dec. 31, at Edwards Funeral Home in Doniphan with Pastor Alan Wilson officiating. Burial was in the Leroux Family Cemetery.