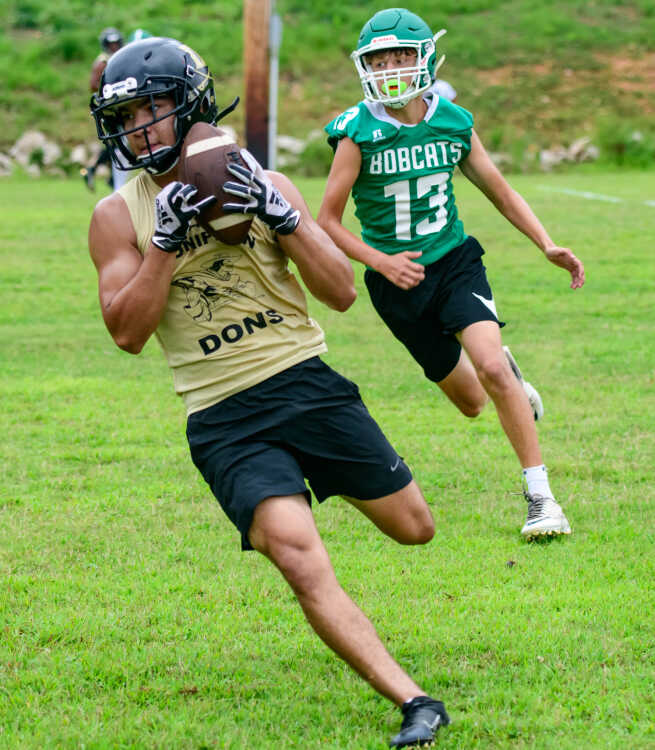 Doniphan's Alonzo Rios comes down with a catch against the Thayer Bobcats during last year's Clash On The Current at Brumitt Family Stadium. The Dons will host the second annual 'Clash' with five visiting schools Thursday, July 29. The event is sponsored by the Ripley County Chamber of Commerce.
Steve Inman

The Doniphan Dons will host two football events during July in preparation for the fall season.

Doniphan will host a contact camp on Thursday, July 22, starting at 10 a.m. Joining the Dons will be the Piggott Mohawks, Corning Bobcats and Thayer Bobcats.

The second annual Clash On The Current 7-On-7 Competition sponsored by the Ripley County Chamber of Commerce will be held Thursday, July 29, at Brumitt Family Stadium at Griffin Field. The all-day event will begin around 9 a.m.

The public is invited to come watch the action at both events.