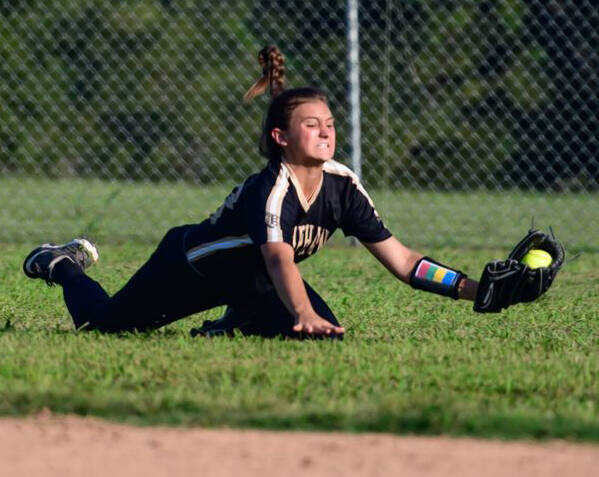 Five games into the fall season, the Doniphan Donettes are still putting the pieces together on the softball field.

“We still have a lot of learning to do, myself included, finding the perfect spots for the girls to be,” said first-year Donettes head coach Laura Chilton. “I think by midseason we will get everything together. We have a lot of talented girls.”

The Donettes carry a 2-3 record into Thursday’s game at Kelly. Tuesday afternoon in their home opener, the pitching was solid but run production was a battle as the Donettes lost to Ozark Foothills Conference rival Twin Rivers, 4-2, at Quick Creek Park.

Twin Rivers scored three times in the top of the first inning with three consecutive hite including a pair of singles and a long home run to center from third baseman Whitney Wells. Davis settled in to allow just one more hit before Kirby took over in the fourth. She allowed just one unearned run in the sixth and twice pitched out of jams with a runner at third.

Doniphan plated an unearned run in the fourth when freshman Kylie Hawkins reached second on a pair of errors and scored on a double to the fence by Kirby.

Center fielder Makenna Monaghan drew a leadoff walk to the sixth inning for the Donettes. After a stolen base and a passed ball, Monaghan scored on a throwing error by the Lady Royals.

Senior Olivia Creutz had the first hit for the Donettes with a one-out single in the second inning. She advanced on a sacrifice bunt by Kaydyn Bond but was left stranded at third.

The Donettes return to tournament play Saturday in the Lady Devils Round Robin at Chaffee. They will get a rematch with Twin Rivers in their opening game of the day.

Doniphan finished with a 2-2 mark at the Notre Dame Softball Fest held Sept. 3-5. In the final round on Saturday, the Donettes defeated DeSoto and fell 9-4 against Jackson.